Top 6 Places by Event - Division B

All National Tournament Winners since 1985 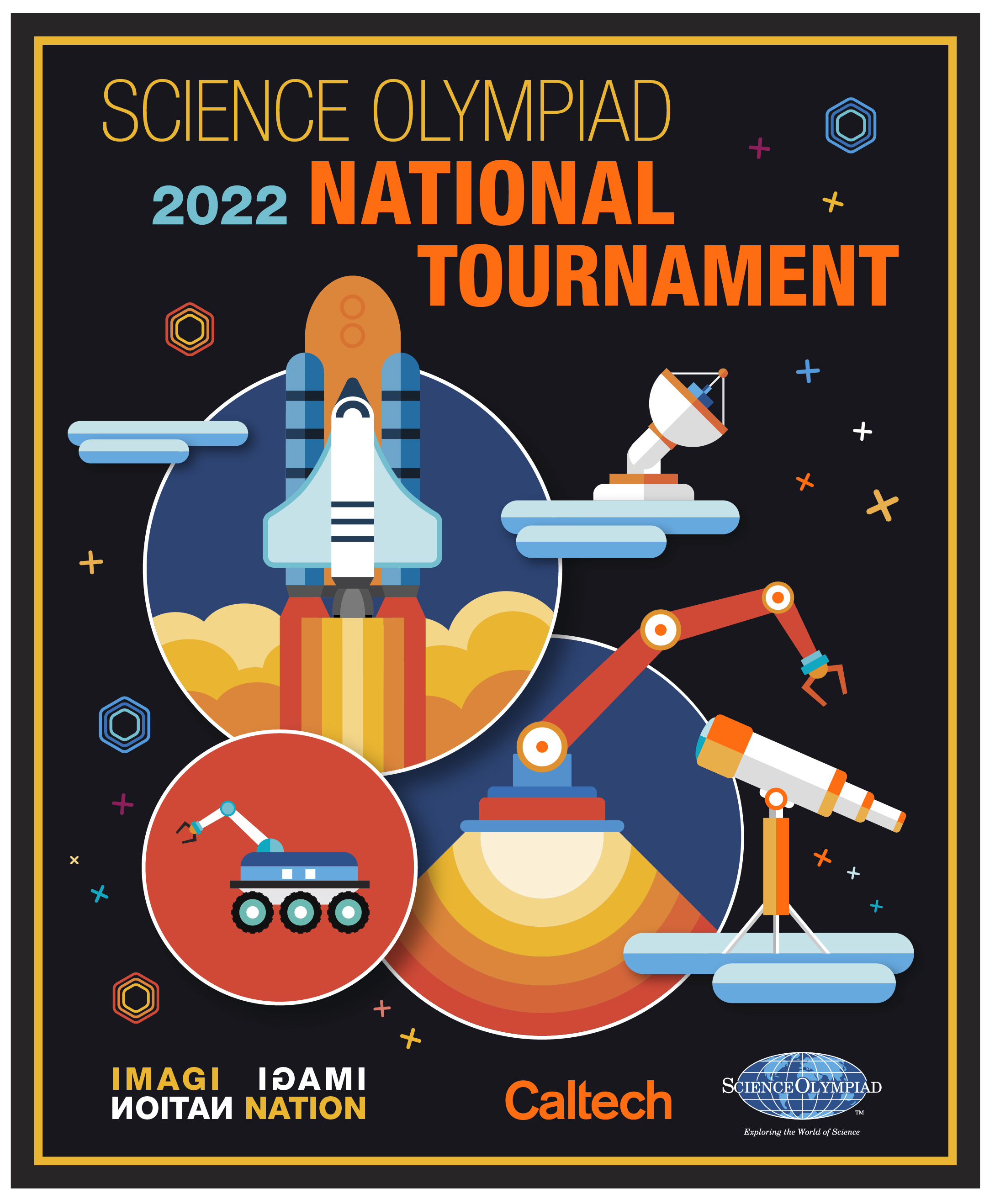 Trial Event Rules - Botany (B/C), Digital Structures (B/C), Cybersecurity (C), Write It CAD It (B/C)

2022 Spirit Awards - The Science Olympiad Spirit Awards are among the highest honors given to teams and recognize students and coaches that have a positive attitude, exemplify teamwork, have respect for the rules and their fellow competitors, and exhibit sportsmanlike conduct. One (1) Division B team and one (1) Division C team qualifying for the 2022 National Tournament each will be presented with $2,000 checks to be used toward furthering the school’s Science Olympiad program. Teams will be chosen by their work exhibiting the 3C’s of Science Olympiad during the academic year: Character and Citizenship in the Community. Teams, coaches and state directors are encouraged to tag their social media posts with the hashtag #SO2022Caltech to be considered. Participating in the Smart To Be Good fundraiser for STEAM:CODERS is encouraged. Winners announced during the Awards Ceremony on May 18!

2022 Coaching Excellence Award - The Coaching Excellence Award will be awarded to eight (8) coaches, with two (2) winners receiving free registration for the 2022 Science Olympiad Summer Institute (SOSI), a week-long workshop in Arizona, and six (6) winners receiving free registration for the 2022 Virtual Event Bootcamp. SOSI and the Virtual Event Bootcamp both allow coaches to get the most up-to-date information and in-depth explanations about the 46 Division B and Division C events for the 2022 season from Science Olympiad National Rules Committee Chairs and top National Event Supervisors and staff. Nominate a coach or nominate yourself to receive this award!

STEM Expo and National Tournament Week May 9-13, 2022 - Check out the STEM Expo page for daily Expo Talks given by Science Olympiad alums, a college-going panel discussions, webinars, special contests, awards announcements and prizes! If you'd like to be an EXPO Talk speaker, submit your proposal by March 21.

At the conclusion of the Science Olympiad National Tournament Awards Ceremony on Wednesday, May 18, 2022, on this page, we will post a copy of the final scores for the tournament. A team's head coach has one hour from the end of the Awards Ceremony to submit compelling evidence of a scoring inconsistency using this Team Ranking Inquiry Form (this will be a live link the night of the 2022 National Tournament Awards Ceremony). If the evidence is verified, the appropriate points, medals and trophies will be awarded for that team only. Thinking that your team "did better" than scores reflect is not considered compelling evidence. Teams will not be asked to return awards or relinquish any points. Scores for the 2022 Science Olympiad National Tournament are not official until they are posted on the Science Olympiad website as Official Results. For more information about Scoring please see our Policies page.

In 2009, Board Members Dr. Gerard Putz and Jim Woodland traveled to Tokyo, Japan, to present Science Olympiad concepts to Japanese education officials from the Ministry of Education (MEXT) and the Japan Science and Technology Agency (JST) at "Science Agora." A partnership between Science Olympiad and JST was born, founded on a shared passion for making science competition fun and exciting for all students. On April 25, 2022, JST hosted its 11th Annual Japan High School Science Championships (JHSSC), where the Grand Prize is a chance to participate in the 2022 Science Olympiad National Tournament presented in partnership with Caltech. As they did at the 2012-2021 National Tournaments, Japanese students will join their American peers online in tests, march in the virtual Parade of States and participate as guests in selected Science Olympiad events. Please join us in welcoming the High School at Komaba, University Tsukuba from the Tokyo Prefecture as the 2022 Global Ambassador Team from Japan at the 2022 Science Olympiad National Tournament! 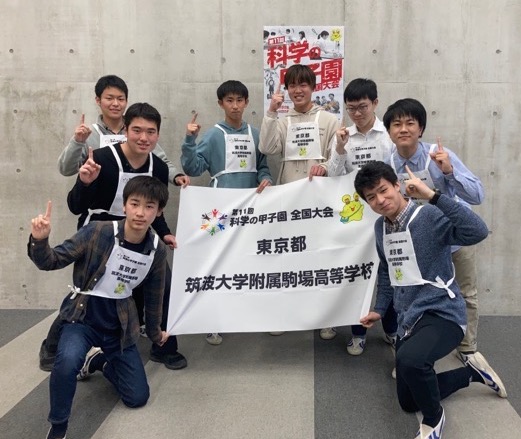